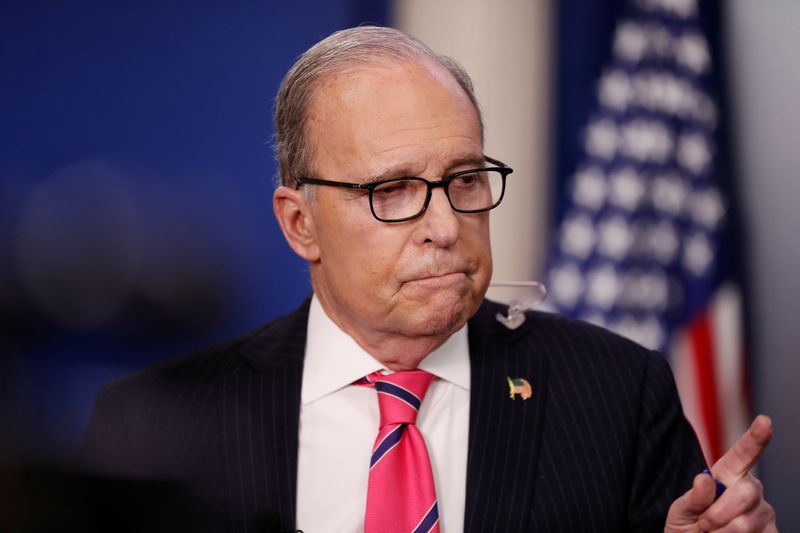 WASHINGTON (Reuters) – The Trump administration is considering a 10% tax cut for middle-class Americans and making some other tax reductions permanent as part of a package it intends to propose before the November election, a top White House adviser said on Friday.

“We’d love to have a 10% middle-class tax cut, and we would love to strengthen and make permanent some of the other tax cuts,” National Economic Council Director Larry Kudlow said in an interview with Fox Business Network, according to excerpts released by the network.

“It’ll probably come out some time in September,” he added.

The Trump administration’s signature legislative achievement was a tax overhaul in 2017. The massive $1.5 trillion legislation reduced tax rates for corporations and individuals, but the personal income tax cuts were set to expire after 2025.

The tax cuts have been criticized by Democrats for favoring businesses and the wealthy over average Americans. Rolling out a proposal in September could strengthen Trump’s hand ahead of the Nov. 3 presidential election.

A separate payroll tax cut would be an option only if the strength of the economy drastically declined, CNBC reported, citing two senior Trump administration officials.

The White House declined to comment on the report.

Changes to tax policy would require congressional approval, which would be difficult for the White House to win. Although Trump’s fellow Republicans hold a majority in the Senate, the House of Representatives is controlled by the Democrats.