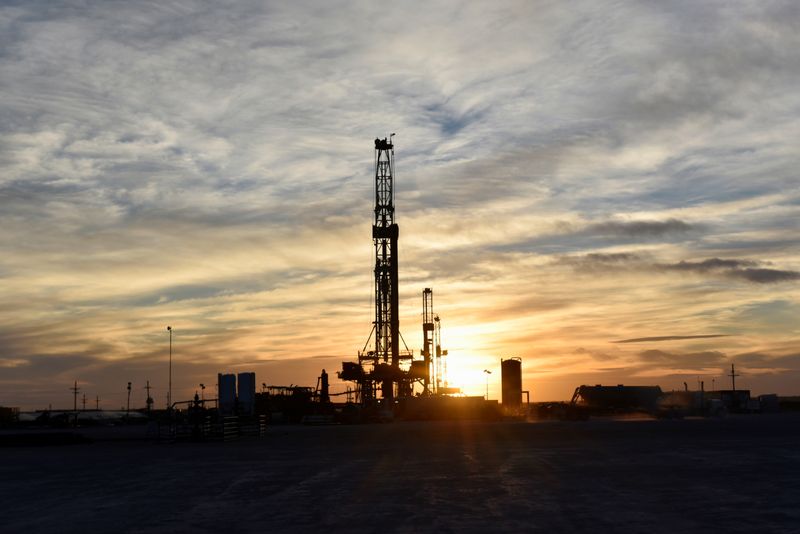 (Reuters) – Occidental Petroleum Corp (NYSE:), Diamondback (NASDAQ:) Energy Inc and a host of smaller Permian-focused U.S. shale producers said on Monday their first-quarter oil output will be hit by a recent winter storm that knocked out power to millions in Texas.

While producers have benefited from cold weather forcing closure of wells, shale oil drillers stand on the losing side of the trade as frozen pipes and power supply interruptions are expected to slow an output recovery.

Shale oil producers in the southern United States could take at least two weeks to restart the more than 2 million barrels per day (bpd) of crude output that shut down and some of that production may never return, analysts said.

Diamondback on Monday estimated the winter storm will remove about four to five days worth of total production from its current-quarter earnings, sending its shares down 5.4% after the bell.

Occidental forecast first-quarter production of 450,000 to 460,000 barrels of oil equivalent per day (boepd) from the Permian basin, including a 25,000 boepd hit from downtime related to the storm. Its shares fell around 4%.

Smaller rival Cimarex Energy Co (NYSE:) said it expects an up to 7% hit to production volume in the first quarter.

Laredo Petroleum (NYSE:) Inc said that extended freezing temperatures and severe icing have hit its Permian basin operations for the last 12 days, though production is starting to return to pre-storm levels.

It forecast a combined impact of shut-in production and well completion delays will reduce the company’s first-quarter total production by about 8,000 boepd and oil output by about 3,000 bpd.

Diamondback said it expects full-year total production to average between 308,000 and 325,000 boepd, more than the 300,300 boepd it produced in 2020 when large parts of production was shut down for months to combat pandemic-driven plunges in crude prices.

Occidental, however, forecast full year production to drop from 2020’s reported output of 1.35 million boepd to an expected 1.14 million boepd in 2021, as the company sells assets to pay off the massive debt it took on to acquire Anadarko Petroleum Corp (NYSE:) in 2019.

Japan stocks lower at close of trade; Nikkei 225 down 0.86% By Investing.com