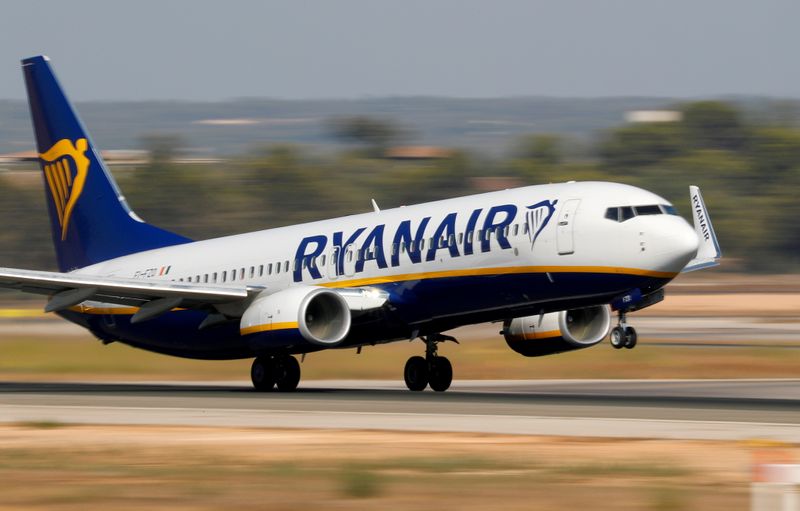 BRUSSELS (Reuters) – Ryanair on Wednesday had another setback in its fight against state aid for rival airlines after Europe’s second-highest court again backed EU competition regulators’ approval of support for SAS and Finnair.

Europe’s biggest budget airline has filed 16 lawsuits against the European Commission for allowing state aid to individual airlines such as Lufthansa, KLM, Austrian Airlines and TAP, as well as national schemes that mainly benefit flag carriers.

The EU competition watchdog has to date cleared more than 3 trillion euros ($3.6 trillion) to help virus-hit companies across the 27-country bloc. The airline industry has been among the hardest hit due to lockdowns and travel restrictions.

“Given that SAS’s market share is much higher than that of its closest competitor in those two member states, the aid does not amount to unlawful discrimination,” the Court said.

Judges said the Finnair state loan guarantee was necessary in order to remedy the serious disturbance in the Finnish economy in view of the importance of the carrier for that economy.

Ryanair said in a statement that it would appeal.

“Today’s judgments set the process of liberalisation in air transport back by 30 years,” the company said in a statement.