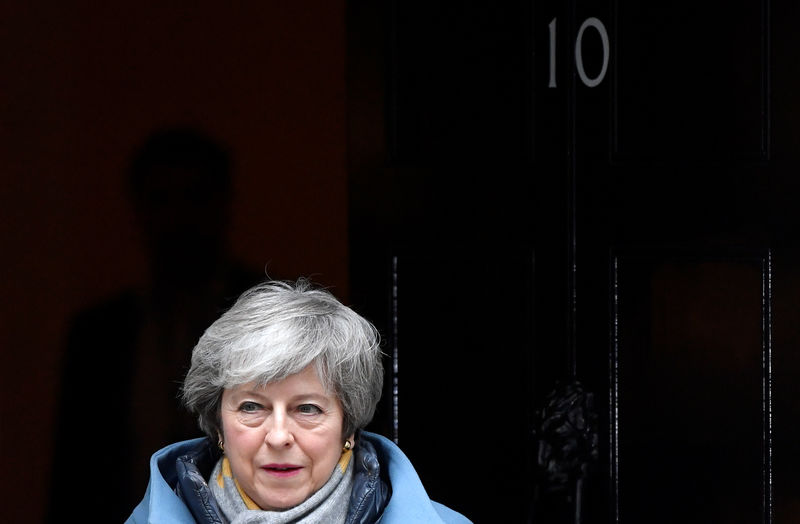 © Reuters. British PM May is seen outside Downing Street in London

LONDON (Reuters) – Goldman Sachs (NYSE:) said it sees a 55 percent probability of Prime Minister Theresa May getting a Brexit divorce deal ratified even though parliament overwhelmingly rejected the deal for a second time.

Unless May can get a Brexit deal approved by the British parliament, then she will have to decide whether to delay or cancel Brexit or thrust the world’s fifth largest economy into chaos by leaving without a deal.

The investment bank said a third vote on version of May’s deal is likely within weeks after the European Union summit on 21-22 March.

Cryptocurrency ethereum is flourishing but risks linger By Reuters

Futures edge higher ahead of non-farm payrolls data By Reuters

China’s export growth unexpectedly speeds up in April By Reuters