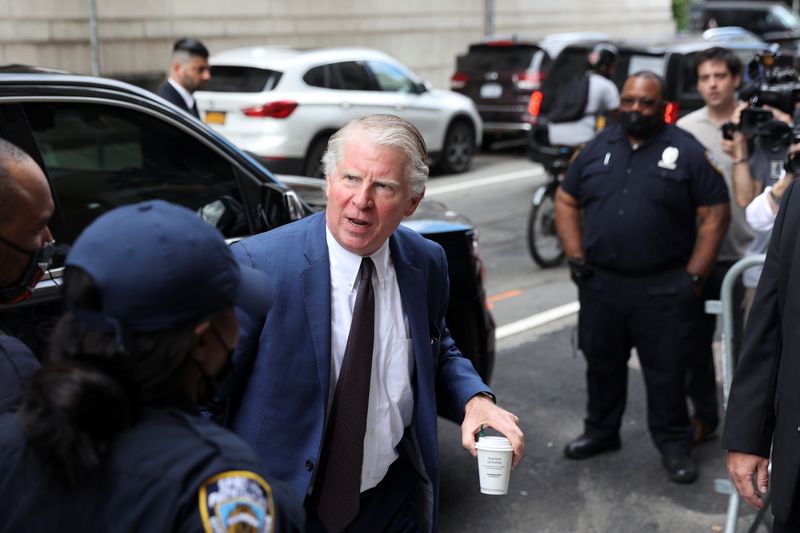 By Kanishka Singh and Karen Freifeld

(Reuters) – The Manhattan district attorney is not planning to charge Trump Organization Chief Operating Officer Matthew Calamari in a fraud case in which the former U.S. president’s firm and its chief financial officer have been charged, Calamari’s lawyer said.

“Mr. Calamari is pleased that the District Attorney’s office has indicated that it has no present intention to bring charges against him. That is the fair and appropriate decision. He has committed no crimes and led an exemplary life”, Calamari’s lawyer Nicholas Gravante said in an emailed statement on Tuesday.

An indictment unsealed in July charged the Trump Organization and its CFO Allen Weisselberg with tax fraud arising from a probe into Trump’s business and its practices.

Earlier this month, a source told Reuters that the Manhattan district attorney had convened another grand jury to weigh possible new charges in a case involving the Trump Organization. The second grand jury was expected to examine how the company valued its assets.

The criminal case stemmed from a probe by Vance in collaboration with New York State Attorney General Letitia James. Trump has called the charges politically motivated.

Trump’s company operates hotels, golf courses, and resorts around the world. Before entering the White House in January 2017, Trump put it into a trust overseen by his adult sons Donald Jr. and Eric, as well as Weisselberg.

Calamari’s son, Matthew Calamari Jr., testified before a grand jury in September and has immunity from possible prosecution, a source told Reuters earlier in November.