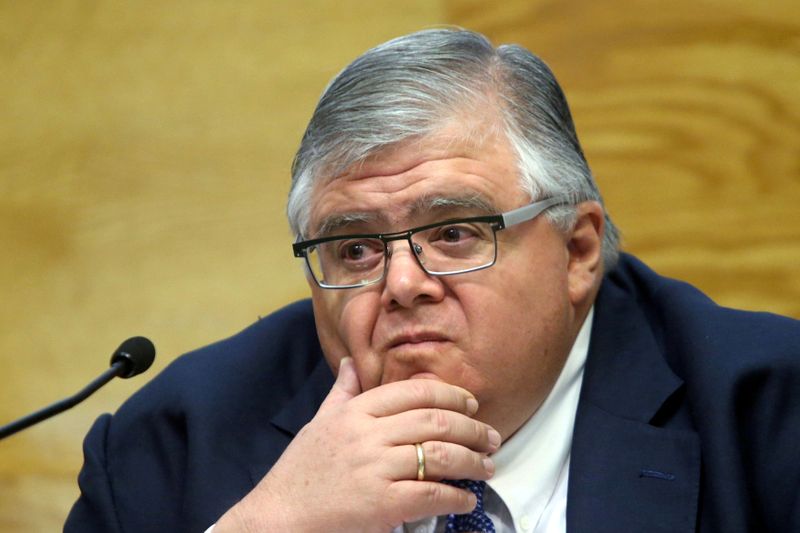 LONDON (Reuters) – Governments and central banks need to step up efforts urgently to support their economies in the face of the coronavirus crisis, the head of the Bank for International Settlements said on Sunday.

General Manager Agustín Carstens, who heads the BIS – an umbrella group for the world’s central banks – wrote an opinion piece on Sunday saying “urgent” solutions beyond those used during the 2008 financial crisis were needed.

Rules brought in after the 2008 crash were designed to prevent banks overextending themselves, but the worry now is that they are not stepping in and lending when the capital markets have slammed shut for many firms.

“To give viable businesses a lifeline to tide them over the economic sudden stop wrought by Covid-19, a solution is needed to complete the last mile from potential lenders to those firms at the edge of the precipice,” Carstens said.

Major central banks have rushed to pour trillions of dollars worth of emergency funding into the global banking system but that money needed to reach those who need it, Carstens said.

A first step towards bridging what he called “the last mile” would be for banks to use their capital buffers while “a global freeze on bank dividends and share buybacks,” was also needed.

A second step he recommended would be government-guaranteed loans by banks to small and medium firms, equal to the amount of taxes each paid last year, although it should only go to those that were profitable last year to limit scope for corruption.

These “tax deferral loans” could be securitized and refinanced by the central bank, with any losses to be borne by governments.

Government-guaranteed loans by banks to finance receivables, such as invoices for exports, could also be securitized and financed by a central bank facility.

“For central bank liquidity to reach the far corners of the financial system, it must directly target individuals and businesses that need it most. Otherwise, central bank actions may be just pushing on a string,” Carstens said.