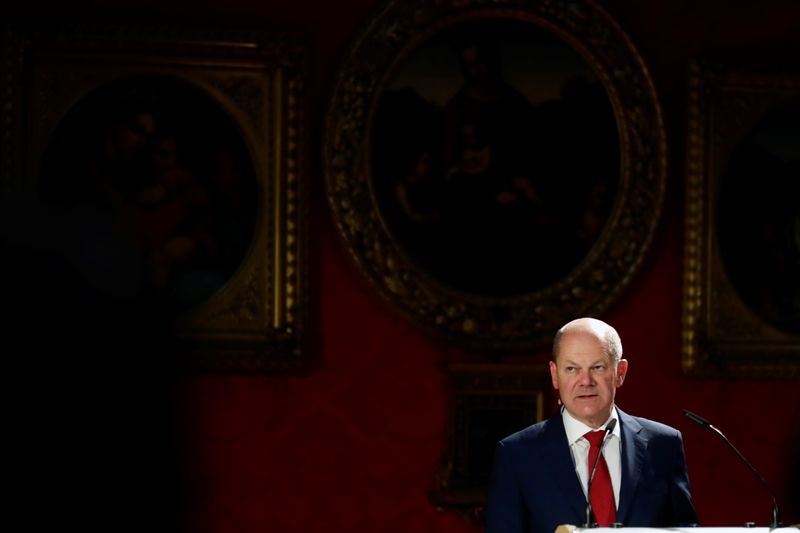 The additional borrowing marks the second-highest amount of net new debt in Europe’s largest economy since the end of World War Two and comes after the government already took on record high borrowing of some 218 billion euros this year.

“We protect the health of citizens, support the economy and secure employment,” Scholz said, adding that the COVID-19 pandemic is far from over so the government must not let up in its efforts.

“With the 2021 budget, we are making it clear that we will go all the way together. We act decisively, even if it costs a lot of money, because doing nothing would cost our country even more,” Scholz said.

The budget underlines Scholz’s determination to move Germany further away from its former image as Europe’s austerity champion and secure Berlin’s new role as the biggest spender in the euro zone’s struggle to recover from the coronavirus shock.

The fiscal plans require Germany to suspend its constitutionally enshrined debt limits in 2021 after parliament already abandoned them this year.

From 2022 onwards, Germany plans to stick to its debt brake rules again, limiting borrowing to a tiny fraction of gross domestic product.

Germany is benefiting from record low borrowing costs, partly enabled by the European Central Bank’s loose monetary policy, so Berlin’s bill for debt servicing is likely to shrink further this year despite its additional borrowing plans.

Germany expects its debt-to-GDP ratio to jump to around 75% in 2020 from just below 60% in 2019 and then remain at that level in 2021 as the economy is expected to rebound strongly.

This would by far be the lowest debt-to-GDP ratio among the members of the G7 group of industrialized countries. By comparison, Britain’s debt-to-GDP ratio is expected to jump to some 100% this year while Japan’s is seen ballooning to roughly 265%.