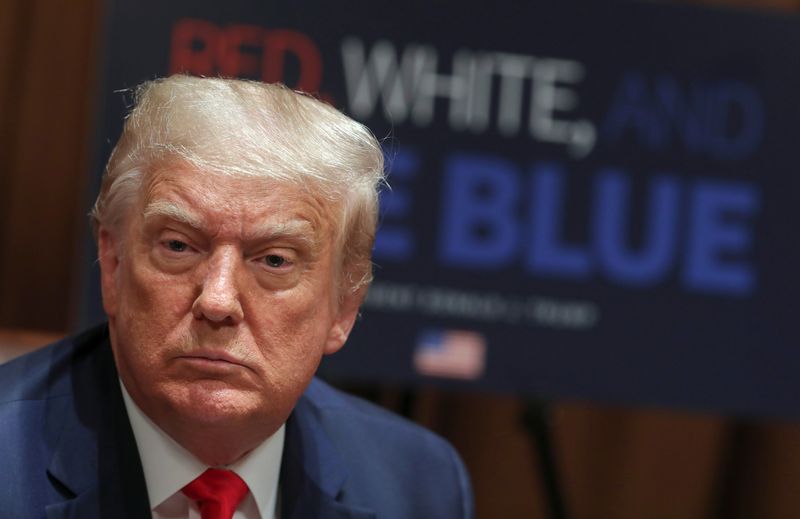 © Reuters. U.S. President Trump holds meeting with police leadership in the Cabinet Room of the White House in Washington

Pai rejected calls from Democrats that he summarily dismiss the petition without public comment. The decision came after President Donald Trump directed the Commerce Department’s National Telecommunications and Information Administration (NTIA) to file the petition after Twitter Inc (NYSE:) in May warned readers to fact-check his posts about unsubstantiated claims of fraud in mail-in voting.

Pai has said previously he does not see a role for the FCC to regulate websites like Twitter, Facebook Inc (NASDAQ:) or Alphabet (NASDAQ:) Inc’s Google, but said on Monday the FCC “should welcome vigorous debate – not foreclose it. The American people deserve to have a say, and we will give them that chance.”

FCC Commissioner Geoffrey Starks, a Democrat, wrote on Twitter that Congress, not the FCC, should act. “Perhaps when comments are in we can package up the whole docket and send it over to Congress-where this debate belongs,” Starks wrote.

The NTIA wants the FCC to require social media companies to “publicly disclose accurate information regarding its content-management mechanisms” to “enable users to make more informed choices about competitive alternatives.”

Trump, a Republican who is running for re-election on Nov. 3, has repeatedly expressed anger at social media companies.

The FCC could take a year or longer to finalize any rules.

Asian Stocks Mixed Over “Massive Roller-Coaster” of Uncertainty By Investing.com