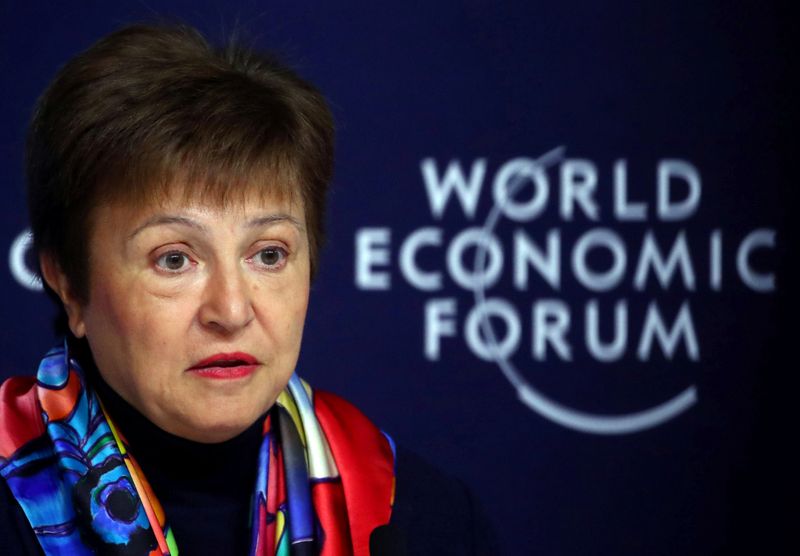 LONDON (Reuters) – G20 major economies have agreed to raise International Monetary Fund reserves with a new allocation of the fund’s own special drawing rights (SDRs) currency, the IMF’s head said on Tuesday, in a potential boost for lending to poor countries.

“We finally last Friday at the G20 meeting got a green (light) to work on a new SDR allocation,” Kristalina Georgieva said during the IMF’s African Fiscal Forum, broadcast online.

“500 billion – in which each and every member of the IMF would receive its own share immediately contributing to reserves,” she said, without specifying the currency unit.

Italy, which heads the G20 this year, is pushing for a $500 billion issuance of SDRs, a move backed by many other G20 members as a way to provide liquidity to poor countries hit hard by the COVID-19 pandemic without increasing their debt levels.

No one at the IMF was immediately able to clarify.

Georgieva also said the fund would look at ways of redistributing SDRs, which are supplemental foreign exchange reserve assets issued by the IMF much as a central bank prints money.

“We are also very interested to think of a way in which our wealthy members, who do not need this SDR allocation as much as the weaker members do, that they can transfer through us, onlend through us some of these SDRs,” she said.

G20 leaders are widely expected to agree to extend the scheme, which currently runs until end-June, though a decision is expected to be taken in April.

“(The) DSSI should be prolonged,” Thiam said. “We need a path to a sustainable debt situation, and if we do that, the money will come. I’m optimistic.”