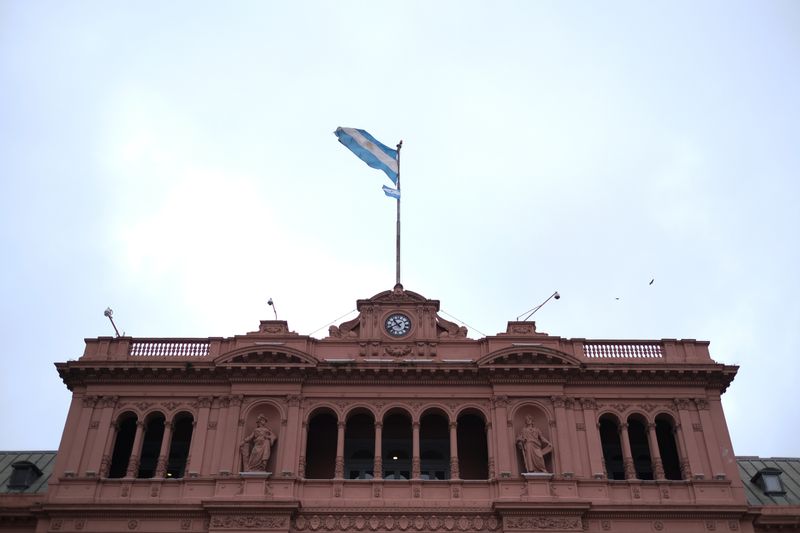 BUENOS AIRES (Reuters) -Argentina’s Buenos Aires province said on Wednesday that it had struck a breakthrough agreement in long-running talks with key creditors to restructure $7 billion of its international debt, though bondholders appeared to be split over the proposal.

The provincial government said it had reached an agreement https://www.prnewswire.com/news-releases/the-province-of-buenos-aires–agreement-with-certain-bondholders-301338433.html with main creditor GoldenTree Asset Management and other bondholders, allowing it to formally amend its current offer and move “towards the completion of the debt restructuring process.”

It sent the price of the bonds at the center of the talks sharply higher on hopes it would draw a line under one of the main unresolved debt issues in Argentina after the national government and other provinces struck their own restructuring deals last year.

“Reaching this understanding, after intense negotiations, was possible thanks to the shared efforts allowing us to move towards a definitive solution,” provincial finance minister Pablo López said in the statement.

The province said the new offer would imply a total reduction in debt service payments of some $4.45 billion between 2020 and 2024, while average payment coupons would be reduced to 5.6% and payment terms extended significantly.

The negotiations have sparked tensions with creditors, who earlier this year filed a lawsuit against what they called a “continued default” by the provincial government.

In a sign of remaining splits among creditors, a source close to a major creditor committee called the agreement “non-consensual” and said that some members of the group had not agreed to the amendments.

“Only one other fund joined them (GoldenTree), whereas seven other funds who are in the committee objected to the deal and were not part of it,” the source added, asking not to be named.

One investor involved, however, who requested anonymity, called it “a very generous deal for creditors” that offered more than had been expected.

“Some of the smaller holders in the committee thought the province could afford to pay more. I don’t disagree but there are also political realities in every one of these deals,” said another creditor close to the talks.

“A better deal might have been possible but not prior to the (November mid-term) elections – and that introduces a level of uncertainty that just felt unnecessary.”

Dollar debt issued by the province roared higher with the 2024 bond adding more than 3 cents to trade at levels last seen in September last year.

Buenos Aires’ López added that the agreement had been helped, in part, by improving economic conditions and declining cases of COVID-19 amid a national and regional vaccination push.

“This is a key step to recover a sustainable debt profile, according to our ability to pay and the enormous difficulties that we must face,” he said.

Earlier in July the province, the South American country’s wealthiest, extended the deadline for the negotiations to July 23 to allow a “last round” of talks.

The agreement with top creditors is key, though the local government will now need to formally amend its offer to allow all bondholders to decide on accepting or rejecting it. It said it would extend the invitation deadline for this to Aug. 13.

“I have to think that this should get done,” said Siobhan Morden, head of Latin America fixed income strategy at Amherst Pierpont Securities.

“The deal risk is much lower with Buenos (Aires) conceding on higher coupons, more recognition of PDI (past due interest), partial cash payment and stronger indentures.”